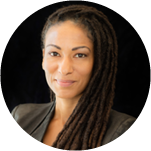 Ruha Benjamin is a professor of African American studies at Princeton University and author of People’s Science: Bodies and Rights on the Stem Cell Frontier (Stanford University Press). She has studied the social dimensions of science, technology, and medicine for more than 15 years and speaks widely on issues of innovation, equity, health, and justice in the U.S. and globally. She is also a Faculty Associate in the Center for Information Technology Policy; Program on History of Science; Center for Health and Wellbeing; Program on Gender and Sexuality Studies; Department of Sociology; and serves on the Executive Committees for the Program in Global Health and Health Policy and Center for Digital Humanities. Ruha is the recipient of many awards and honors, including the 2017 President's Award for Distinguished Teaching at Princeton. Ruha received her PhD in Sociology from UC Berkeley, completed postdoctoral fellowships at UCLA’s Institute for Genetics and Society and Harvard University's Science, Technology, and Society Program, and has received grants and fellowships from the Institute for Advanced Study, American Council for Learned Societies, National Science Foundation, and California Institute for Regenerative Medicine among others. Her work is published in numerous journals including Science, Technology, and Human Values; Policy & Society; Ethnicity & Health; and the Annals of the American Academy of Social and Political Science and reported on in national and international news outlets including The Guardian, National Geographic, Bulletin of the Atomic Scientists, and Nature. 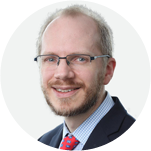 Josh Denny, MD, MS, FACMI, is the Chief Executive Officer of the National Institutes of Health’s All of Us Research Program. He has been involved in All of Us from its inception, first as a member of the Advisory Committee to the (NIH) Director Precision Medicine Initiative Working Group, which developed the program’s initial scientific blueprint. He led the program’s initial prototyping project and served as the principal investigator for the All of Us Data and Research Center. As a physician scientist, Josh is deeply committed to improving patient care through the advancement of precision medicine. Before joining the NIH, Josh was a Professor of Biomedical Informatics and Medicine, Director of the Center for Precision Medicine, and Vice President for Personalized Medicine at Vanderbilt University Medical Center. In his roles at VUMC, he was both a practicing internist and a researcher. His research interests include use of electronic health records (EHRs) and genomics to better understand disease and drug response. He also led efforts implementing precision medicine to improve patient outcomes. Josh was a leader in the development of phenome‐wide association studies (PheWAS) and phenotype risk scores. He served as PI for Vanderbilt sites in the Electronic Medical Records and Genomics (eMERGE) Network, Pharmacogenomics Research Network (PGRN), and the Implementing Genomics into Practice (IGNITE) Network. He is an elected member of the National Academy of Medicine, the American Society for Clinical Investigation, and the American College of Medical Informatics.